The Kia Forte remains one of the most popular of the automaker's models available in the Team Gunther Kia showroom. For the current model year, the 2017 Kia Forte5 in Pensacola, FL brings a revised exterior style to its buyers as well as some new powertrain equipment. The 2017 Forte5 hatchback shares the same signature "tiger nose" grille as its sedan sibling. Additionally, the headlights of the Forte5 have been redesigned to be swept back to be in line with the new grille. Revised taillights complete the vehicle's new exterior look. Team Gunther Kia customers looking at the 2017 Kia Forte5 will have three primary trim grades to consider – LX, EX and SX. Each of these versions adds something different than what is available with the previous one. The entry-level LX model has projector beam headlights and remote keyless entry with a trunk opener. EX versions add LED taillights and leather seats. Buyers of the SX are getting a sportier model with several exclusive accessories.

Base models of the 2017 Kia Forte5 in Pensacola, FL use the same 2.0-liter, four-cylinder engine as the popular sedan version. The 164-horsepower that is produced by the powerplant is more than enough to easily push the Kia Forte5 up to highway speeds. Customers will be getting a crisp and precisely timed six-speed transmission with the 2017 Forte5. Fuel economy estimates for the European-inspired hatchback from the Environmental Protection Agency are 25 miles per gallon in the city and 33 miles per gallon on the highway. The top-of-the-line Forte5 SX uses a turbocharged, 1.6-liter, four-cylinder engine which makes more than 200 horsepower. Buyers can choose between six-speed manual or seven-speed dual-clutch automatic transmission. Even with its compact hatchback design, the 2017 Kia Forte5 has picked up excellent independent reviews for passenger comfort. Riders topping six feet tall will have plenty of legroom in the back seat. 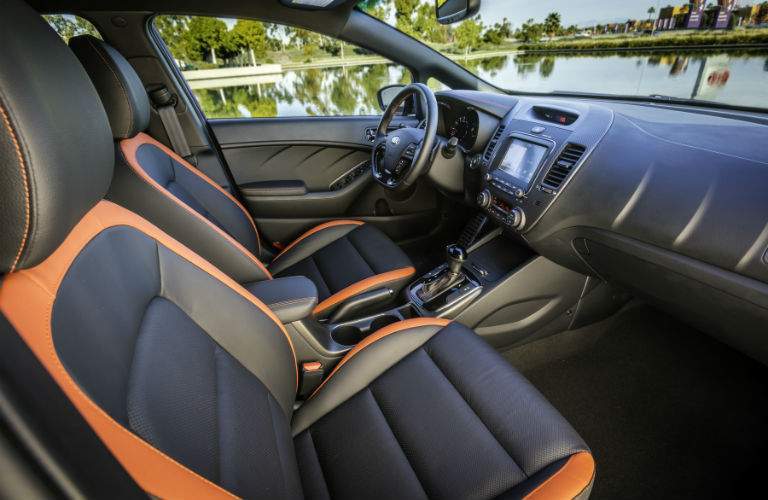 More tech-savvy buyers considering the 2017 Kia Forte5 in Pensacola, FL will want to keep a close eye on the EX model. Not only does this version offer more refined features, but it also comes with the advanced UVO infotainment system which supports applications from Android Auto and Apple CarPlay. 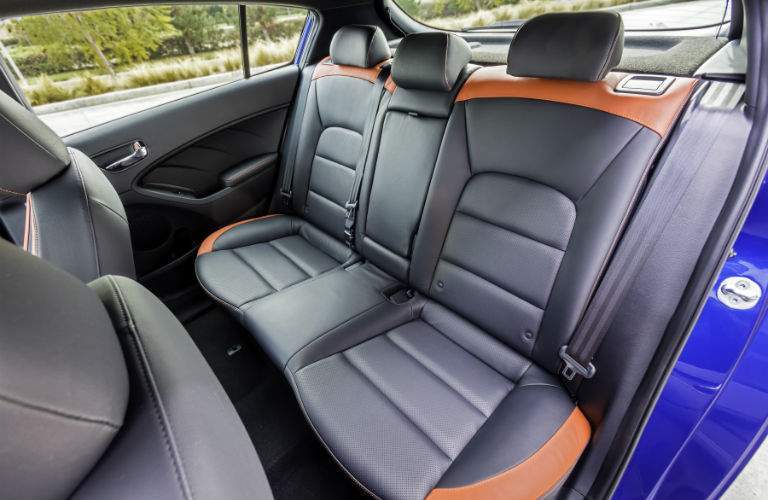 The interior of the 2017 Kia Forte5 in Pensacola, FL is easily adaptable to be able to meet the needs of its owners. With better than 20 cubic-feet of space to offer when passengers are sitting in the backseat, drivers traveling along can quickly and easily expand that area. 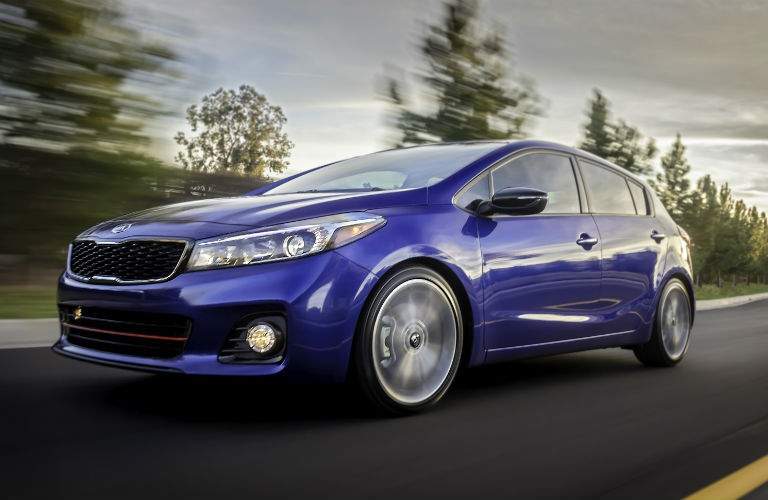 Compact hatchbacks like the 2017 Kia Forte5 in Pensacola, FL are far more engaging to drive than their predecessors. Independent reviews have praised the manual transmission available with the 2017 Forte5 for getting the most out of its turbocharged engine. The hatchback also comports itself well around winding roads.